Our Next Canning Adventure 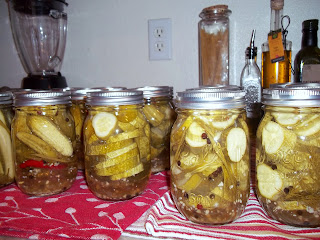 We did it!  We learned so much about canning at our Discover You CAN House Party.  I've been super-excited to attempt another batch of canning.

Sooo, after an exhausting, 103 degree morning at the Gilcrease Orchard (accompanied by 2 slightly overheated pre-schoolers), we had enough pickling cucumbers to make a batch of pickles!  We also had a nice little haul of pickling cukes from our garden.

I used the "Dill Pickle" recipe from the Ball Canning Blue Book & then added some components from other pickle recipes.  I chose to add a bay leaf, a hot chili pepper, a clove of garlic, a few mixed peppercorns & 1/4 teaspoon of Ball Pickle Crisp to each pint jar.

We had to get creative with the different sizes & shapes of pickling cucumbers.  We left the tiniest guys whole, made spears from the long ones (so they'd fit in the jar & leave the required 1/2 inch of head space) & we sliced the fatter ones. 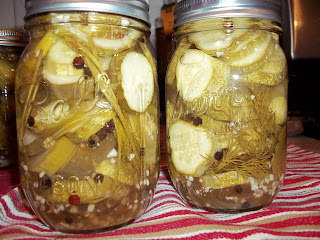 The first few jars were kinda pathetic.  I didn't pack nearly enough into them & after being processed, they're mostly liquid with some pickles floating around.  I even had to make an impromptu partial batch of the pickling liquid in order to use all of the cucumbers.  But, near the end, my hubby packed those suckers in there so tightly that we needed about 1/2 of the pickling liquid we used in the first jars.  And they looked beautiful, if I do say so myself...that's them in the photo.  The chips are also far more cooperative than the quirky, irregularly-shaped whole cucumbers, so you can get them packed much tighter.

We haven't tasted them yet.  They've just been sitting on the counter, taunting my 3-year-old pickle fanatic of a daughter.  We'll take a jar or 2 to Alabama & let my parents, grandparents & cousin taste them with us.  I think pickles are like pizza...even when they're bad, they're still alright.  I'll give you the verdict when we get back from Alabama. 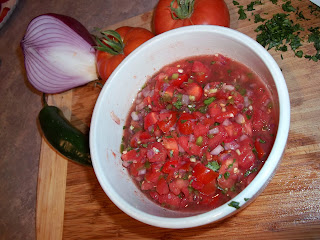 I'm anxious to use some of the tomatoes from our garden to can some salsa!  Now that they're finally turning red, they're ripening so fast we can hardly use them quickly enough. 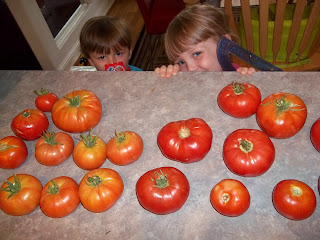 This weekend alone, I've made homemade pomodoro sauce, pico de gallo & bruschetta & we still have this many left.  It's a great "problem" to have & I'm glad our little garden has been blessed this season.  I'll keep you posted. 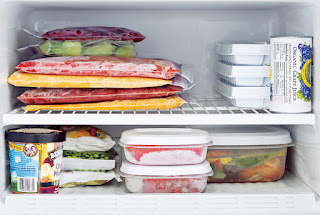 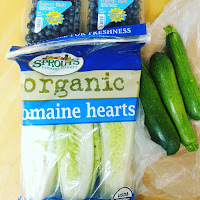